Git is a popular project tracking application. As a project progresses through different revisions, those revisions are published as a commit. A commit represents a checkpoint, where a copy of the project is saved at a specific point.

This guide shows you how to undo the last commit in git. 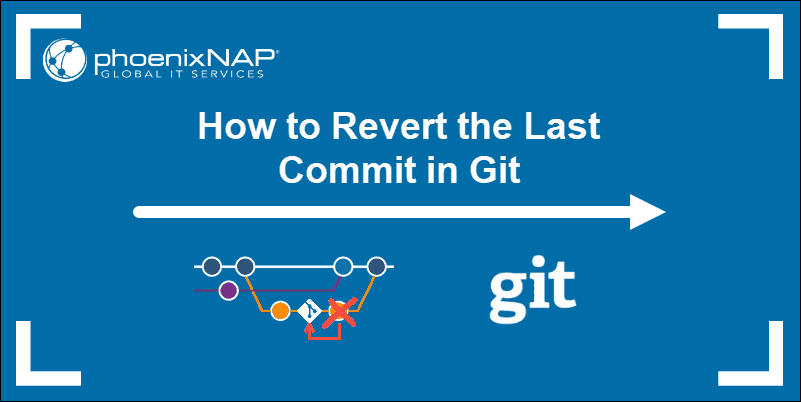 How to View Last Commit

Git offers many features to manage your project from different historical commits. For example, you can view an old commit, then create a branch from it.

A hash is an alphanumeric code that identifies each commit. Enter the following command to display a commit hash:

The hash is necessary to display or manage a specific commit.

To analyze the status of your project from a previous commit, use the checkout command:

When using a hash with a Git command, there is no need to type it in its entirety. The first few unique characters are enough for Git to identify an entry accurately.

An unpublished commit is an update committed in Git but that has not been uploaded to a server. To reset to a previous commit, before any changes were made:

This command wipes the slate clean back to the previous commit. Any changes you made will be lost after using the  reset --hard command.

If you want to preserve your work, you can use the stash command:

The stash command saves the work you did, and stash pop retrieves those changes after the reset. Alternately you can use the following:

This command resets the commit history, but it leaves your working directory and staging index as-is.

Once a commit is uploaded to the server, it creates a more permanent project log. It is not advisable to use reset in this case. Other developers may have retrieved the updated project already.

Deleting updates from one system may cause conflicts with other team members. Instead, use the revert command:

Make sure to enter the code for the hash you want to revert to. The system asks you to enter a specific commit message for the changes the revert command is going to perform.

This action creates a new commit based on the one you specified, with a revert tag. This acts as a log, showing that the commit was published and then reverted (instead of pretending it never happened).

Verify the status by entering:

The current commit is running in detached head status

To fix it, display the hash of the new (reverted) commit:

You now see the hash of the new commit and the reverted commit as well.

To view the latest (reverted) hash:

You now know how to use the revert and reset commands to undo changes and revert to a previous commit. Additionally, you have learned how to check the status of your current commit.

Remember not to use reset for published commits as it may lead to version conflicts.