How To Install PIP on Debian 9

Home » DevOps and Development » How To Install PIP on Debian 9

Pip stands for Preferred Installer Program or Pip Installs Packages. Pip simplifies the installation and management of software packages written in Python. Python’s versatility makes it a useful system not only for a programming language, but also for data analysis, AI, and back-end research and development.

In this tutorial, learn how to install Pip for Python 2 & 3 on Debian 9. 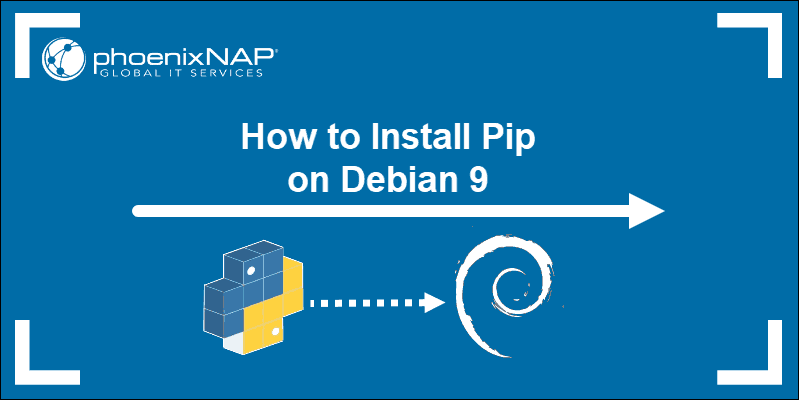 To complete the installation of Pip for Python 2 on your Debian system, follow the steps below:

3. Verify your installation with the following command:

The output should look like the example below, but your version may vary:

The procedure for installing pip for Python 3 is similar to the one for Python 2. Follow the steps below:

3. Verify your Python installation with the following command:

The output should like similar to the example below, but your version may vary:

Now you are ready to install any package from the Python Package Index.

Once you successfully install pip, you can start using pip to install packages. Some of the most common pip commands are listed below.

To install a package, enter:

To uninstall a package run:

To search packages from PyPI: 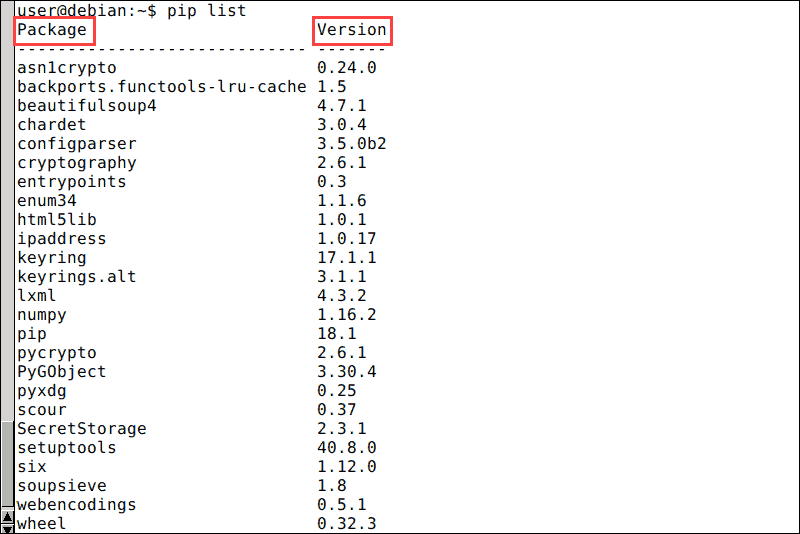 To output currently installed python packages and their versions into a file:

To list all the packages that are outdated, run one of these two commands:

Python packages are made up of modules (useful code) that expand and augment the uses for Python programming language. In the Python Package Index (PyPI), you will find thousands of third-party modules suitable for Python.

Using the Pip package manager, the installation of any module is a straightforward process.

Web developers are steadily building on the PyPI repository, offering the packages of modules to other Python users through this open-source project.

This is vital because although Python comes with some basic packages, many other modules do not come as standard. This practice is an efficient arrangement, because as users select what they need with the Pip manager, Python stays compact.  Users can always quickly expand Python with the easy availability of an ever-evolving repository of free packages.

Another Pip’s helpful trait is the ease of its command-line functions to install those packages.

Once you install Pip, you can start exploring Python’s Virtual Environment. This feature allows for the installation of Python modules in a separate area for a given task, rather than a global setup. Now you have a way to isolate a particular space on your server for a given Python project, with its own scripts and a unique set of dependencies that will not overlap onto other projects.

There is no limit to the number of Python environments you can set up. Each one corresponds to a folder on your Debian 9 server.

Setting up these programming environments is a straightforward job with the venv module in the Python 3 library.

Now that Python 3 offers this method of isolating projects on your server, you can keep your system files, and your project files distinct and organized. It is a leap ahead for version control while facilitating access to the necessary packages for each of your Python projects.

This guide showed you how to install pip for Python 2 and 3 on Debian 9. We also listed most useful pip commands to get you started.

NumPy is a library for the Python programming language, adding support for large, multi-dimensional arrays and matrices. Check out our guide and learn how to install NumPy using PIP.

Dejan Tucakov
Dejan is the Head of Content at phoenixNAP with over 7 years of experience in Web publishing and technical writing. Prior to joining PNAP, he was Chief Editor of several websites striving to advocate for emerging technologies. He is dedicated to simplifying complex notions and providing meaningful insight into data center and cloud technology.
Next you should read
DevOps and Development SysAdmin
How to Install Python 3 on Ubuntu 18.04 or 20.04
Python is a popular programming language used to write scripts for operating systems, but also web...
Read more
SysAdmin
How to Upgrade Debian 8 Jessie to Debian Linux 9 Stretch
Debian is one of the main distributions, of the Linux operating system. There are many derivatives of Debian...
Read more
DevOps and Development
How to Install Latest Version Of Python 3 on CentOS 7
Python is a popular, stable, and well-performing programming language. CentOS 7 uses Python 2.7.5, but as...
Read more
DevOps and Development SysAdmin
How to Install Pip on CentOS 7
Pip Installs Packages (Pip) is a package management system that simplifies the process of installing and...
Read more
© 2021 Copyright phoenixNAP | Global IT Services. All Rights Reserved.