How to Install Vagrant on Ubuntu 18.04

Vagrant uses a command line interface to load, prepare, and launch a virtual environment, called a Vagrant Box. There are many pre-configured Vagrant boxes available for download. You can also start with a basic box and add your own configuration.

This guide will walk you through how to install Vagrant on Ubuntu 18.04 (Bionic Beaver). 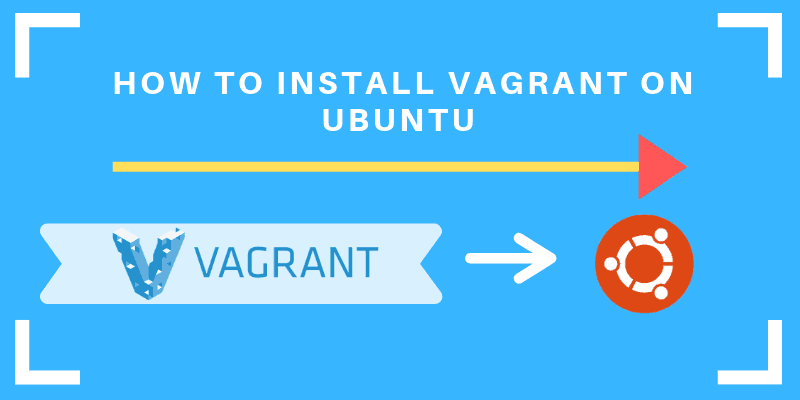 Steps to Install Vagrant on Ubuntu

In a terminal window, type in the following command to install VirtualBox:

Note: There are other virtualization applications available. If you prefer, you could use KVM, VMware, or any other hypervisor software. Depending on your choice, you might find useful our tutorials on Installing KVM On Ubuntu or Installing VMware Workstation On Ubuntu.

Next, choose one of two ways to install Vagrant.

You can run the apt-get install command in Ubuntu Linux or download the binary package from Vagrants website.

To Install Vagrant with the apt-get install command use the following:

Sometimes, the version of the software in the official repositories is not as recent as on the developer’s website.

To make sure you are running the latest version of Vagrant, open a web browser and browse to https://www.vagrantup.com/downloads.html. Since Ubuntu is a Debian-based operating system, choose either the 32-bit or 64-bit link under the Debian heading.

Alternately, if you know the version of Vagrant you want to download, enter the following in a terminal window:

Then you can install the package using the following command:

Note: This version 2.2.2 is current as of the writing of this article. You can find the latest version by checking the developer’s download page.

To verify the installation, use the following command:

The system should display the current version of Vagrant installed on your Ubuntu system.

Now that you have installed Vagrant, let’s create a development environment.

1. Create a new directory to store the virtual operating system you are going to create:

2. Download and install your operating system (Vagrant Box) of choice. For example, this command will install the Trusty Tahr 64-bit system:

Using the init command loads the virtual operating system. It also creates a default basic configuration file. This is called the Vagrantfile, and it is located in the same directory you just created. This file can be edited and copied to other systems.

3. Next, create and configure the virtual machine according to the Vagrantfile with:

The system should show the default SSH address, username, and authentication method for the new virtual machine.

4. To connect to the virtual machine by SSH, enter the following:

You can now work in the new virtual environment.

To stop the virtual machine use:

To delete the virtual machine, use the command:

This will also destroy any work you have done inside the virtual OS.

To manually create a Vagrantfile type in the following command:

This will create a blank Vagrantfile as a placeholder. The vagrant up command should then launch a default virtual environment. A text editor can also be used to edit the Vagrantfile.

Now, you know how to install and configure Vagrant on your Ubuntu system. You should have a functioning Ubuntu virtual machine managed through Vagrant.

Sofija Simic
Sofija Simic is an aspiring Technical Writer at phoenixNAP. Alongside her educational background in teaching and writing, she has had a lifelong passion for information technology. She is committed to unscrambling confusing IT concepts and streamlining intricate software installations.
Next you should read
DevOps and Development Virtualization
Vagrant Tutorial: Everything a Beginner Needs To Know
Vagrant is a tool for configuring and deploying an exact image of a virtual operating system. It is often ...
Read more
SysAdmin Virtualization
How to Install VMware Workstation on Ubuntu
This easy tutorial shows you how to install VMware Workstation Pro on Ubuntu. Running a virtual machine (VM) ...
Read more
Virtualization
How to Install Vagrant on CentOS 7
Vagrant is a software package that creates a standardized operating environment. It does this using ...
Read more
Bare Metal Servers Virtualization
What is Server Virtualization? Definition and How it Works
A virtualized server allows one piece of hardware to be used as multiple virtual servers. Learn about Server ...
Read more
© 2021 Copyright phoenixNAP | Global IT Services. All Rights Reserved.